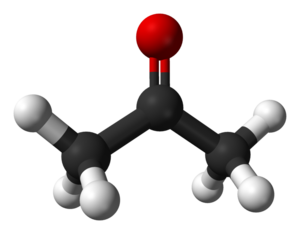 Most technical-grade acetone tends to be fairly pure and has very little if any water. If you want it more pure, you can distill it again.