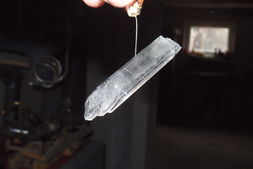 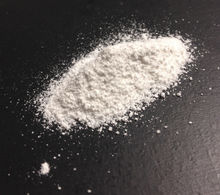 Magnesium sulfate, commonly known as Epsom salt, is the inorganic compound with chemical formula MgSO4, the magnesium salt of sulfuric acid. Commonly referred to in its hydrated form by the name Epsom Salt, magnesium sulfate is one of the cheapest and most easily obtained lab chemicals. Its anhydrous form finds use as a desiccant and it is also a somewhat useful reagent in aqueous double replacement reactions.

Magnesium sulfate is readily very soluble in water, while magnesium carbonate and hydroxide are not, allowing it to be a simple way to produce either by addition to an alkali metal carbonate or hydroxide. These two chemicals are useful in producing other magnesium salts. It can also be used as a way to add sulfate ions to a solution, such as to create calcium sulfate from calcium chloride. Finally, it can be used as an electrolyte during electrolyses to produce soluble sulfates in situ.

Magnesium sulfate is most commonly encountered when purchased as the heptahydrate, usually called Epsom Salt. Solutions of magnesium sulfate easily yield well-formed transparent crystals on evaporation. At 200°C these crystals lose water to yield the anhydrous magnesium sulfate, which is very hygroscopic and as such is frequently used as a desiccant to dry organic solvents.

Most if not all pharmacies, department, and grocery stores carry Epsom salt, the heptahydrate of magnesium sulfate. Veterinary pharmacies also sell Epsom salt. A typical consumer price is about one dollar per pound in the United States, making it very cheap.

While impractical given the extreme ease to obtain magnesium sulfate, it can be created by the action of sulfuric acid on the carbonate, hydroxide, or oxide of magnesium as well as magnesium metal itself.

Magnesium sulfate is of very low toxicity, and is often used both topically and internally in medicine. Ingesting large amounts, however, may cause the magnesium sulfate to fulfill its duty as a saline laxative.

In closed bottles or bags. The anhydrous form should be stored in sealed containers.

Magnesium sulfate can be safely poured down the drain or in the ground.