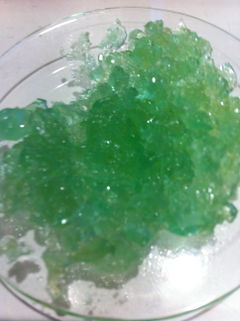 Ferrous sulfate does not require special disposal and can be safely poured down the drain of released in the ground.