Sulfuric acid is a diprotic acid, and thus it is able to give away two protons (H+). It first dissociates to form hydronium and hydrogen sulfate/bisulfate ions, with a pKa of -3, indicative of a strong acid: 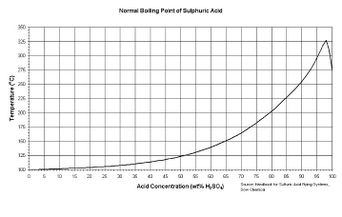 At room temperature, sulfuric acid does not fume and has no smell. However, due to its hygroscopicity, closed bottles of conc. sulfuric acid may "smell" harsh, a consequence of inhaling the very dry air from the bottle. Solutions of sulfuric acid may have a weak acidic odor, especially at temperatures higher than room temperature, as a consequence of the solvent vapors carrying tiny amounts of H2SO4 droplets in the air. Hot sulfuric acid is known to fume profusely and smells like a mix of burnt matches and pure pain (this is because of its partial decomposition when hot; the smells correspond to sulfur dioxide and trioxide respectively).

For some amateurs, it can be hard to find concentrated sulfuric acid, with acid drain cleaners being banned (as a result of acid throwing or illicit drug manufacture) or very contaminated in some countries.

As of 2021, concentrated sulfuric acid over 15% is not available in the EU for private individuals, and all conc. sulfuric acid drain cleaners are restricted for professional use only. So far, it's unclear how this affects lead-acid batteries, which require acid in conc. higher than 15%.

Each of the three main processes have their own advantages and disadvantages, but in general they work better at large scale, and for the average hobby chemist, while possible to reproduce them at smaller scale, it requires quite a lot of work to make the installation work properly. As such, working with volatile corrosive substances that melt your face off is quite an interesting project, if one were to try.

While very easy to do, this reaction consumes hydrogen peroxide, and since H2O2 is usually available OTC only as solutions from 3% up to 30%, the resulting sulfuric acid will be diluted, requiring further concentration.[4]

The resulting dil. solution of sulfuric acid is purified by filtering it, then concentrated by boiling it. This yields crude conc. H2SO4, which is distilled off to obtain the pure acid. The process is much easier than other electrochemical routes, as it's clean and relative quickly. Instead of graphite, other electrodes, like lead dioxide, titanium, platinum, or platinum on titanium can also be used.[6][7]

In theory, transition metal sulfates can also be used for this process, but since they decompose at higher temperatures, the resulting sulfur trioxide will partially decompose to sulfur dioxide and oxygen, which may lower the overall yield.

CuCl precipitates out of the solution. By injecting air in the suspension, the CuCl gets reoxidized to CuCl2, which can be reused. Sulfur dioxide is reinjected in the solution, which restarts the reaction, then the process gets repeated, until no more SO2 can absorb in the reaction solution. The yield of this process is not great, unless one uses kg amounts of reagents. Likewise, the oxidation of Cu(I) to Cu(II) using air is very slow, taking many hours, which limits the efficiency of the overall process. 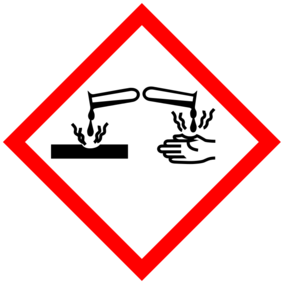