Picric acid is an organic chemical compound, a bright yellow explosive. It is also known as trinitrophenol or TNP, a name reflecting the chemical it is created from. 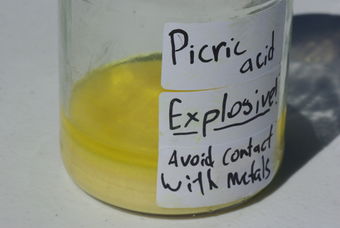