Sodium is an alkali metal with the symbol Na and the atomic number 11. A highly reactive metal that is less dense than water, it is quite cheap and depending on the location, easily available. It's not a chemical for beginners, but can have a plethora of uses in the intermediate and advanced chemists' labs.

Sodium reacts with water in a well known and well loved reaction. The heat of the reaction causes the sodium to melt, forming spheres of metal that skirt over the surface of the water due to large amounts of hydrogen produced. The water turns alkaline with the formation of sodium hydroxide and the reaction often gets violent enough to ignite the hydrogen and in larger amounts, explode.

Sodium reacts quickly with air to form sodium oxides and hydroxides and so is often kept under mineral oil or an inert atmosphere, such as argon or even sulfur hexafluoride.

Because of its reaction with water, sodium finds a common use in drying some solvents. However, a few solvents react with the metal, such as ethanol, to form sodium ethoxide. 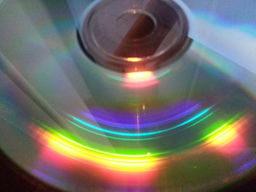 The spectrum of sodium from a sodium lamp, using a CD as a diffraction grating.

Sodium is a very soft metal, easily cut with a knife. Its melting point is very low, at 88 degrees Celsius. It is quite ductile as well, taking a surprisingly low amount of force to extrude it (though it is somewhat difficult).

While the bulk 'price' of sodium is seen to be low, buying small quantities of the metal is usually quite an expensive process. The difficulty and legality of shipping a reactive metal often significantly adds to its price and many online companies will refuse to ship this overseas.

GalliumSource sells sodium by the kilo.

In some countries, such as Australia, availability is further limited by laws designed to prevent it being used in the manufacture of illicit drugs. Laws are in place that state one needs to sign an EUD (End user declaration) on buying this chemical which is a confusing, poorly enforced and seemingly outdated law for the internet age. In much the way many 'restricted' chemicals in Australia are treated, it is unsure whether owning sodium metal without an EUD would be illegal.

If anyone from Australia has run into issues, or even managed to get an online supplier to sign an EUD before, a comment here would be much appreciated.

There are many methods known for producing sodium, many of which seem easy theoretically, but pose their own practical challenges. Producing sodium at home on a large scale is generally not feasible due to the conditions under which the reactions must take place, but is a great project and achievement for the experienced amateur chemist.

Molten sodium hydroxide (cheaply available) is electrolyzed in a stainless steel or nickel container, in a process known as Castner process.

Overall, the reaction is:

This process has the downsides of using molten NaOH, which is incredibly corrosive. The vapors given off by the electrolysis process aerosolize small amounts of sodium hydroxide, forming a highly dangerous fog. Passing the evacuated gases through a scrubber is a must, as the fog is highly corrosive to the skin, eyes (especially eyes), mucous membranes.

Another process, known as Downs process, involves the electrolysis of a molten mixture of 65/45 NaCl/CaCl2, at 660 degrees Celsius. A significant challenge involves the prevention of hot molten sodium from catching fire at these temperatures (such as an inert atmosphere), especially on contact with hot chlorine or air.

An experimental method involves electrolyzing sodium chloride dissolved in inert organic solvents. Solvents such as ethylene carbonate or propylene carbonate can produce sodium, however, the low solubility of sodium in these solvents hinders effective production. For propylene carbonate, a complexing agent such as anhydrous AlCl3 or anhydrous FeCl3 can be used to form the complex salt Na[AlCl4] and Na[FeCl4] respectively.

Metallic sodium can be obtained by reducing sodium hydroxide with magnesium metal, in a thermite like reaction. Because hot sodium will easily catch fire in open air, it's best to do it in a low oxygen container or an inert container. After cooling, the sodium, in powdered form becomes very reactive and will rapidly oxidize over several minutes to sodium oxide.

NurdRage has developed a variation of the magnesium reduction:

First, in a steel can add a mixture of equimolar amount of sodium hydroxide and magnesium metal (turnings or powder), ignite it using some sparkler with magnesium ribbon as fuse and cover the can with a heavy object. The thermite-like reaction will produce a sodium-magnesium oxide slag, which is very reactive and moisture sensitive. After it has cooled, grind the slag to a relative fine powder and dump it in a flask containing some freshly prepared and dried dioxane (avoid using old dioxane as it may contain peroxides). Connect the flask to a distillation setup and distill off the dioxane. As the level of dioxane in the flask decreases, sodium metal droplets will begin to appear at the surface of the solution and start to coalesce. As the level of the dioxane further decreases, the sodium droplets will start to coalesce in larger pieces. Heat the flask until all the dioxane has been removed. Now remove the droplets of sodium metal either directly from the flask or just dump the content of the flask in a dish and remove the sodium from the slag this way. The sodium pieces are then added in mineral oil to limit oxidation. To clean the sodium metal, simply heat the mineral oil until the sodium melts and then add a few drops of isopropanol until all the sodium has coalesced in a single clean droplet. To get more sodium metal from the slag, repeat the process until no more sodium can be obtained. Yield of this process is 41%, though the yield can be improved by doing the reduction in an inert atmosphere.[1]

Another more efficient way isheat sodium hydroxide with magnesium in mineral oil above 200 °C, in the presence of a tertiary or sterically bulk secondary alcohols, like t-butanol and menthol. The yield of this route if done right can be as high as 90-95%, though the process takes hours to completion.

While the sodium ion is non-toxic, the metal itself poses more of a physical danger due to its high reactivity. Sodium has a reputation to explode in water, throwing out fire and corrosive sodium hydroxide solution.

Always handle sodium with tongs or tweezers. Counter intuitive as it may seem, it is better not to use gloves directly. If you wear gloves it is very difficult to tell if they are dry, and will risk burning your hand off. And if you wear gloves when it catches fire, the burns will be more severe, as the gloves will melt and stick on the skin.

Using tongs, tweezers, pliers or stabbing the soft metal with a scalpel is the best way to pick sodium up.

Sodium metal should be stored in closed containers, under mineral oil, or under inert atmosphere, such as argon or sulfur hexafluoride. If stored under oil, it will slowly oxidize, though this depends on the container.

Disposal of sodium should be done in a safe area by reacting the metal with anhydrous isopropanol (you can burn or throw the metal in water, but that's significantly more dangerous). Sodium hydroxide can be neutralized with any acid (though acetic acid or citric acid are cheaper).